A week after boosting rates for permits and violations, the Hoboken City Council has once again narrowly voted to increase parking costs for drivers—ratcheting up meter rates in commercial locations to $2.00/hour. The move signifies a 100% increase in that rate (previously $1.00/hour) and comes at a time when Hoboken faces strains in both its municipal finances and commercial climate.

The argument is that the higher meter rates will create more fluidity in parking, as drivers look to avoid paying for longer periods—thereby making it easier to park in these areas for other drivers. However, the notion that the hike will serve primarily as a cash grab is proving difficult for a lot of residents to get past.

“With our financial troubles mounting, the administration has again resorted to implementing backdoor parking taxes on residents to plug holes in the municipal budget,” said First Ward Councilman Michael DeFusco.

Hoboken currently faces a nearly $7.5 million increase in expenditures, combined with is met by a projected decrease in the municipal surplus regeneration for 2019 by what could be as high as $6.5 million. When added together, those numbers represent quite a hole for Hoboken to fill as they prepare to work on the 2020 budget.

Meanwhile, parking issues are cited as one of the primary obstacles by Hoboken business owners when it comes to attracting/maintaining customers.

“I agree with Parking Director Ryan Sharp’s recommendations and the Hoboken Chamber of Commerce that charging 2 dollars an hour for metered parking on Washington Street, instead of 1 dollar an hour, will create more turnover of parking spots, giving customers more available spots in desirable locations where they want to shop. Good for business. Good for customers,” said 5th Ward Councilman Phil Cohen.
“Too often, store employees take these prime Washington Street spots. It is my hope that this price increase will encourage employees to use our underutilized municipal lots, rather than Washington Street.”

Second Ward Councilwoman Tiffanie Fisher said, “I support increased meter rates in our business districts to help drive turnover of cars to support our businesses,” adding, “what the administration proposed last year increasing from the current $1/hr to almost $4/hr was too drastic.”

Last year, the City rolled out its dynamic pricing program, a policy that saw fees for parking shoot up from 25 cents for 15 minutes to anywhere from 50 to 90 cents for that same period—depending upon the location. That represented a 100-360% increase in cost to a person parking their car on the streets in Hoboken. The concept was intended to make garage parking relatively more desirable, thereby taking more cars off the street and alleviating the parking problems that residents and visitors typically face.

However, the program was abandoned after a significant outcry from residents and business owners alike. 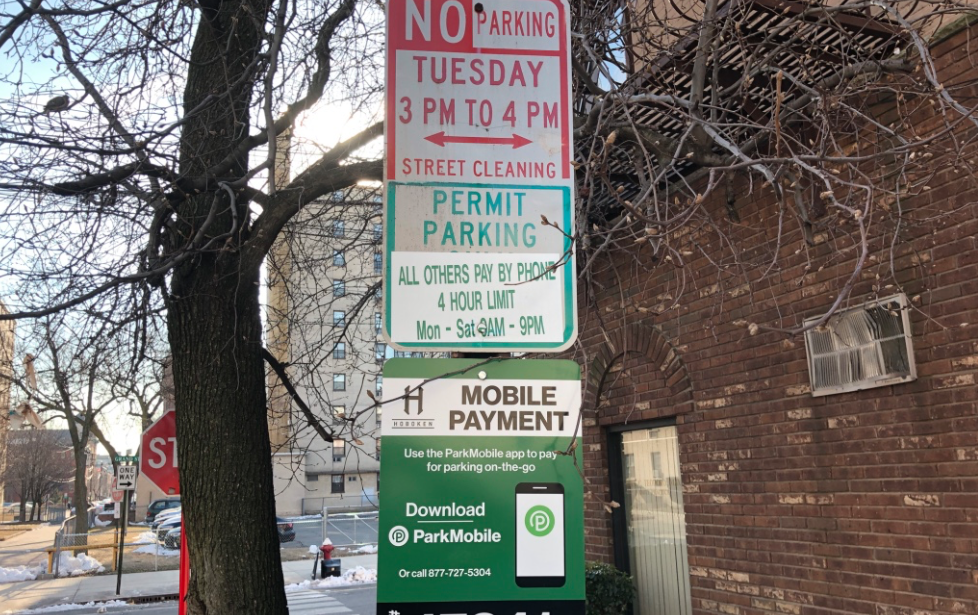 “We are very supportive of these types of changes because we believe they are a step in the right direction toward making Hoboken’s parking ordinances and regulations holistically more rational,” said Maria Nieves, President of the Hudson County Chamber of Commerce. “We believe this will encourage more turnover in parking spaces, which are not a public good, and that will encourage more commerce and shopping in town.”

Andrew Impastato, owner of Hoboken Parking Dude, a service that helps drivers navigate the complexities of parking in the Mile Square City, vehemently disagrees with that assessment.

“Raising our meter rates in the past showed that it did not create more churn and available spaces on Washington but instead just created more revenue. This administration and the five members of council who voted yes to this ordinance continue the war on cars and local business,” Impastato tells hMAG. “The last time they went and raised the meters, our petition against was signed by 3,100 drivers and 98 local business owners. You can’t raise meter pricing in the CBD and lower it in garages without proper signage at our entry points and without communication to our visitors. No visitor is going to search for a parking spot on Washington for 15 minutes, find one, and choose to not park there for an additional $.25. This is a pure money grab that lacks data, Hoboken parking insight, and modern technology.”

***LINK: PARKING IN HOBOKEN (via HobokenNJ.gov)***

DeFusco, who ran for Mayor in 2017 with Impastato on his ticket, agrees that changes are necessary, but need to be followed up with more user-friendly measures.

“Let me be abundantly clear that I am not against raising prices incrementally, so long as a majority of the additional funds go towards parking technology and infrastructure improvements,” said DeFusco. “Currently, 70 percent of Parking Authority revenues are taken away from the department and funneled into the general city budget. This means that money collected from parking is largely not going to make parking better or more efficient, but rather is supporting unrelated city costs.”

DeFusco also maintains that the new ordinance will require a visitors’ pass on Sundays, “a day when most people come from out of town to visit their families.”

City Spokesperson Vijay Chaudhuri tells hMAG, “Despite claims to the contrary, there is no change in Sunday enforcement.”

Hoboken has recently launched a Virtual Visitor Pass system that allows visitor permits to be purchased from any internet-enabled computer, tablet, or smartphone.

FRIDAYS ARE FOR FRANK: “Autumn in New York”

RUNOFF OFF: Voting Again On Whether Hoboken Votes Again Has Been Vetoed… Again