In the vacuum created by the cancellation of Hoboken’s traditional St. Patrick’s Day Parade, the first Saturday in March has now become a complete crapshoot as dwindling hordes of naïve partygoers continue to smash themselves against the unrelenting rocks of Hoboken’s Zero Tolerance policies, while pearl-clutching residents stay home behind locked doors updating their twitter feeds.

You might say this chaotic dumpster fire of a day has been largely lepre-calmed.

Since the elimination of the traditional parade in 2012, the City has been left with a hollowed out annual (unsanctioned) pubcrawl on the streets for the first Saturday of March over the past few years. While it has gradually calmed down, the event has been particularly polarizing for residents, hospitality venues and other retailers here in town. The absence of the parade—a central community celebration for a quarter of a century—left Hoboken with little more than a green version of the dreaded SantaCon, which has exhausted the patience of many here in town.

Referencing the 2018 fracas—which saw 14 arrested, 46 tickets issued, 33 ordinance violations, and 4 Hoboken Police Officers injured in a brawl—Oliver opined, “Just think about that. ‘Arrested doing SantaCon in Hoboken, New Jersey.’ That might be literally the saddest sentence in existence.” 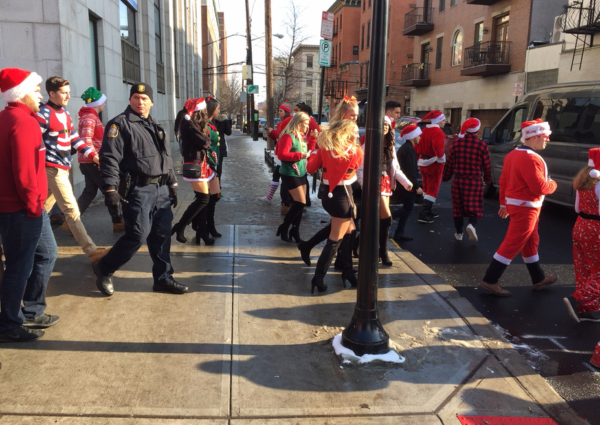 With SantaCon’s evil green twin, LepreCon, coming to town this weekend, Hoboken First Ward Councilman Michael DeFusco proposed legislation last month aimed at creating additional oversight when these ‘Cons come to Hoboken. His ordinance calls for participating bars and businesses to pay an application and permit fee, with the revenue generated theoretically being used to offset public safety and cleanup costs that are part of the inevitable hangover from these events.

“Holiday pub crawls have long been a nuisance to the quality of life in my downtown neighborhood,” said DeFusco. “While we cannot limit a person’s right to visit multiple bars in celebration of a holiday, we as a city cannot afford to foot the bill for additional safety and cleanup costs, especially as this administration continues to overspend and put Hoboken in a multi-million financial deficit. Introducing a commonsense permitting process will ensure the city recoups some of the operational costs for pub crawls. Many of Hoboken’s bar owners rely on high traffic days to meet their bottom line for the year and this proposed legislation will incentivize owners and help them, succeed while not over burdening taxpayers.”

Come what may this Saturday, the Hoboken Police Department says it’s prepared.

“We’ve been monitoring the situation,” Hoboken Police Chief Kenneth Ferrante tells hMAG. “There are only a few bars publicly announcing it, as it seems like it has fallen off a bit.”

This website advertising the event lists participating venues, offering an “ALL ACCESS PASS”—with one small caveat. “Line-skip privileges are not guaranteed due to the popularity of the event.” 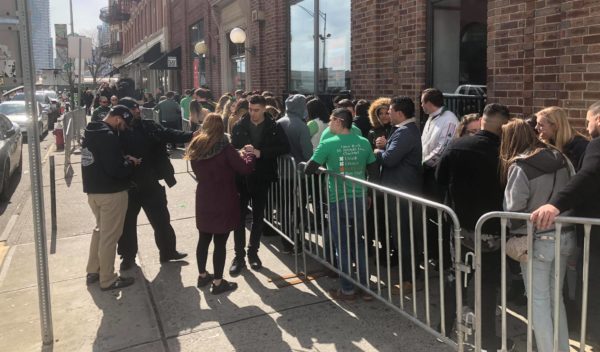 Dreading the hassle, some venues have tried to distance themselves from the event entirely.

What was once a huge shot in the arm for local businesses has in some cases proven to be detrimental, as normal business is negatively impacted by regular customers fearing the worst. One local bar found itself pleading with customers to show up. “It’s LepreCON day- a much overhyped non-event in Hoboken. So please don’t stay away. We’re empty right now.”

A long-standing argument among those familiar with Hoboken’s bar scene is that the problems of LepreCon and SantaCon came about as a direct result of the City cracking down on the renowned Hoboken St. Patrick’s Day Parade. The traditional event on the first Saturday in March was once a community-wide celebration, but many feel it deteriorated in the face of a clampdown on bars that ultimately shifted the festivities from controlled venues to unregulated residential parties. 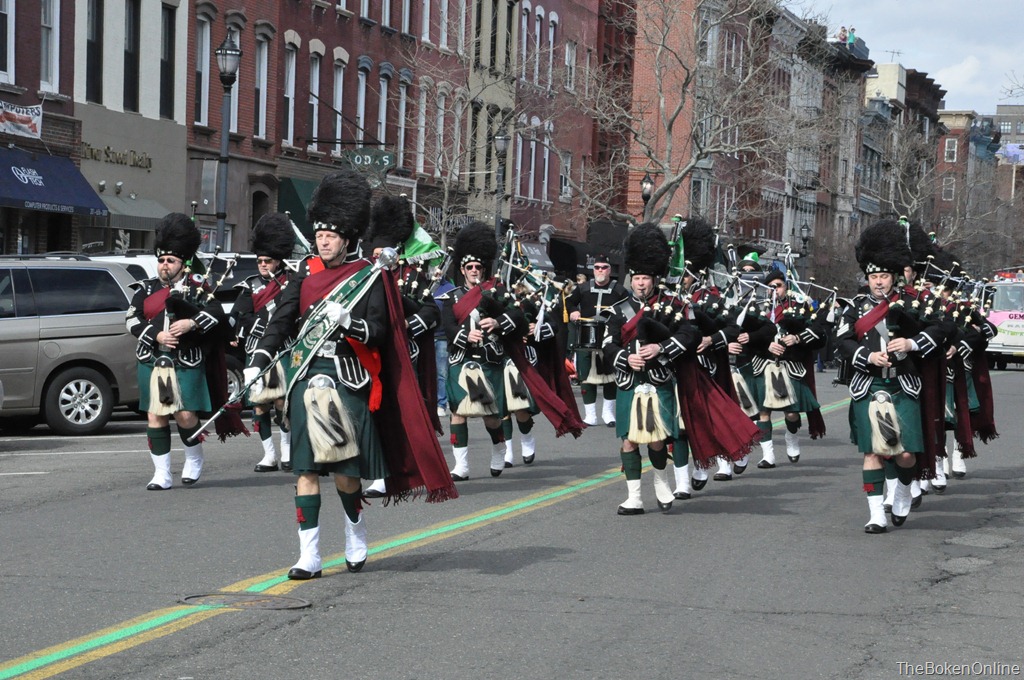 A number of proposals have been put forward for restoring a more controlled Hoboken St. Patrick’s Day celebration—involving a world-class cultural event on Pier A, with bars and restaurants ultimately benefiting from a steady surge in foot traffic all day long, rather than the tsunami of green that crashes against their doors as early as 8:00 a.m. for LepreCon.

But that vision has failed to materialize over the past 8 years.

Meanwhile, Chief Ferrante notes the change in atmosphere among the bars.

“Unlike years in the past, here is not one bar in town that’s a problem bar,” he tells hMAG. “We have a great relationship with the hospitality professionals now, and that helps us with our policing this event.”

The anticipated police presence on Saturday will be around 150 individual officers—including dozens of officers from nearby Union City. This is a proportional response to the anticipated crowds, which will ideally minimize costs.

Saturday’s forecast is partly cloudy, high in the mid-40s.

For those looking to skip out on the ubiquitous Green Beer and Lime White Claws, other venues in Hoboken will be offering up more traditional Irish fare…

It’s coming…our famous corned beef sandwiches and platters will be back this Saturday, 3/7! Stop in and fill that craving! #cornedbeef #hobokencornedbeef #marchishere #carpediemhoboken

ON A ROLL: Hoboken to Expand Gender-Neutral Ordinance to All Public and Private Single-Occupancy Bathrooms