(ABOVE: Photo by Robert Wagner)

I moved to Hoboken nearly six months to the day before Frank Sinatra died.

Prior to that, I had been a Sinatra fan for years. Raised as a Yankee fan, I had simply accepted “New York, New York” as part of western cultural canon. Later on in my teens, I recall the first time I heard “The Way You Look Tonight”—it was a Michelob commercial. At that point, the hook was set. I started off with Sinatra Reprise: The Very Good Years, and then I moved onto Sinatra at the Sands, Ring-A-Ding-Ding, A Swingin’ Affair, The Wee Small Hours, and went on from there.

In college, I picked up a copy of Pete Hamill’s A Drinking Life, which was a memoir of his hard-drinking days careening around the pubs of Manhattan as a writer. In hindsight, I probably should have paid more attention to the latter chapters. It’s a profound book, and likely played a significant role in shaping my life to this point.

When Sinatra died, the book markets were flooded with tributes and tell-alls and all sorts of money-grab lures looking to cash in. And then Hamill’s book, Why Sinatra Matters, hit the shelves, and I got a copy right away. A unique combination of memoir and biography, Why Sinatra Matters serves as a phenomenal eulogy to a very complicated man.

Here we are, nearly 18 years since Frank passed, and I have the opportunity to sit with Pete Hamill at Leo’s in Hoboken and talk about Sinatra. I’m absolutely honored by the experience, and eternally grateful.

We also had the privilege of speaking with New York Times bestselling author and Sinatra biographer James Kaplan, who has written two of the most in-depth explorations of Frank’s life—Frank: The Voice and Sinatra: The Chairman. 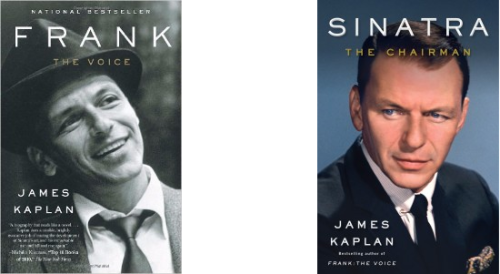 Kaplan spoke to a standing-room only crowd at the Hoboken Historical Museum (1301 Hudson Street) last Sunday (November 29). On Thursday, December 3rd, both Kaplan and Hamill will join with Will Friedwald for a roundtable discussion of Sinatra’s life at Little City Books (100 Bloomfield Street), moderated by Bob Santelli, Executive Director of the Grammy Museum. It’s terrific to see such world-class writing talent here in town, celebrating the life of a world-class, world-renowned musical genius.

As for Hoboken, the city has changed radically since I first got here, let alone since Frank used to stop into Leo’s and grab his favorite chair. Writer Jack Silbert takes us on the Hoboken Historical Museum’s Sinatra Walking Tour—because to really get a sense of what made Sinatra who he was, it’s important to know Hoboken as it was. We try to do that—not just in this issue, but in every issue.

Fridays Are For Frank: “It Was A Very Good Year”/Hoboken Historical Museum Gala

SO DARK, THE SANTACON OF MAN: Hoboken SantaCon Set to Lay Siege to the City — Saturday, December 16

Fridays Are For Frank: “Jingle Bells”

Fridays Are For Frank: “Love is Here to Stay”